(upsidedownworld.org) Following recent events in Chiapas, the Network for Solidarity and against Repression has urged “adherents to the Sixth Declaration of the Lacandón Jungle, and every organization, collective, and honest person in Mexico and the world who, from your own places, extend your embrace to the dignified rage of the Zapatistas,”  to participate in the Week of National and International Solidarity, “If they touch the Zapatistas, they touch all of us”, to be held from February 16 to 23, to “denounce the counterinsurgency war” and express that “the Zapatista communities are not alone.”

This call results from great concerns about recent events, denounced by the Fray Bartolomé de las Casas Human Rights Center as: “the Chiapas government’s failure to prevent attacks on the support bases of the Zapatista National Liberation Army (EZLN) from the 10 de Abril community,” leading to “an imminent possibility of new attacks and an intensification of the violence, which would be a risk to life and personal integrity, in addition to the violations of the right to territory and autonomy of the Zapatista peoples.”

These events came to light on January 31, when the Zapatista Good Government Junta, Heart of the Rainbow of Hope, from Caracol IV, and Whirlwind of our Words (based in Morelia, Chiapas) denounced new aggressions suffered by Zapatista support bases (BAZ). The attacks were made on the iconic Zapatista community of 10 de Abril in the autonomous rebel municipality 17 de Noviembre, by groups of government supporters belonging to the group Independent Center of Agricultural and Campesino Workers (CIOAC) Democratic, from the nearby Tojolabal community of 20 de Noviembre. Six BAZ members were injured, three of them seriously, and one is in danger of losing his sight. Furthermore, a shocking attack also took place on staff from the San Carlos Hospital in Altimirano who came to give assistance, but were attacked and prevented from attending to the injured.

(struggle.ws) Mujeres Libres (Free Women) were a group of women anarchists who organised and fought both for women’s liberation and an anarchist revolution during the Spanish Civil War. The work they did is truly inspirational. Their example shows how the struggle against women’s oppression and against capitalism can be combined in one fight for freedom.

As anarchists they rejected any relegation of women to a secondary position within the libertarian movement. In the 1930’s feminism had a narrower meaning than it does now, and they rejected it as a theory which fought for ‘equality of women within an existing system of privileges’. They argued “We are not, and were not then feminists. We were not fighting against men. We did not want to substitute a feminist hierarchy for a masculine one. It’s necessary to work, to struggle, together because if we don’t we’ll never have a social revolution. But we needed our own organisation to struggle for ourselves”.

They said: “We are aware of the precedents set by both feminist organisations and by the political parties… We could not follow either of these paths. We could not separate the women’s problem from the social problem. Nor could we deny the significance of the first by converting women into a simple instrument for any organisation, even.. our own libertarian organisation.

The intention that underlay our activities was much broader: to serve a doctrine, not a party, to empower women to make of them individuals capable of contributing to the structuring of the future society, individuals who have learned to be self- determining, not to follow blindly the dictates of any organisation”.

(libcom.org) A three week strike involving 5,000 workers at an electronics company in Shenzhen, China, has ended after the bosses agreed to a 20% hike in pay. The strike started on the 31st October after the factory owners, ASM materials, announced – without consultation with the unions – that it would be relocating elements of its production outside of Shenzhen. Thousands of workers walked off the job, demanding a wage rise of 3,000 Yuan a month, and a compensation package for re-location.

An understandably cynical spokesperson for the workers said that:

“The company would always claw back any gains made by the employees when the minimum wage in Shenzhen was increased. For example, we used to have a 1,000 Yuan basic salary plus 500 Yuan in subsidies, but after the minimum wage was raised to 1,200 Yuan, the company raised the basic salary accordingly, but slashed the subsidy by 200 Yuan.”

There has been widespread local media interest in the story, which led to a solidarity protest by trade unionists across the border in Hong Kong at ASM’s company headquarters.

Although falling short of their initial demands, the workers are said to be pleased that they have won a 20% pay increase and an accommodation allowance for those who are prepared to relocate, and a compensation package for those who do not wish to move.

One of the workers involved in the strike wrote on a campaign blog that:

“The strike and protest not only got us a pay rise of 20%, more importantly, it also showed the workers how to defend their rights.”

Many of the workers are planning on donating their pay rise to several colleagues who had been dismissed by the bosses for their role in organising the strike.

Watch it here for free: http://mubi.com/films/vers-madrid-the-burning-bright/watch

(mubi.com) With VERS MADRID Sylvain George makes a “newsreel” with the cinematic experiments in mind conducted by the likes of for example Robert Kramer, Jean-Luc Godard during the seventies. A newsreel which presents views, scenes, political moments of class struggle and revolution in Madrid in 2011, 2012, 2013. As a “newsreel experimental”, the film tries to present political and poetical experiments, but also shows new forms of life, implemented by generations which have remained too long in silence. Past and future meet in the present at Place Puerta del Sol, where they are constantly reinvented. —Joana Ribelle

After documenting the inhuman conditions in which tens of Africans refugees live in the streets of Northern France with his two films Les Éclats and Qu’ils reposent en révolte (Best Film in the 2011 edition of Bafici), Sylvain George now goes to Madrid to document and understand the different demonstrations that took over the city streets in early 2011. His approach is almost journalistic, with that objective tone that we know doesn’t really exist –like those newsreels that were screened in theaters back in the Thirties and Forties, or like Jem Cohen recreates them in one of his latest films (Newsreels: Reports from Occupy Wall Street). But two years after the events (and ten years since the Argentine 2001, which shares several common features), it is amazing to witness how that material can turn into something else, even despite of itself. A historical event that allows us to analyze with more information, contextualize, and maybe even understand something about modern societies, and where they are heading to. —BAFICI 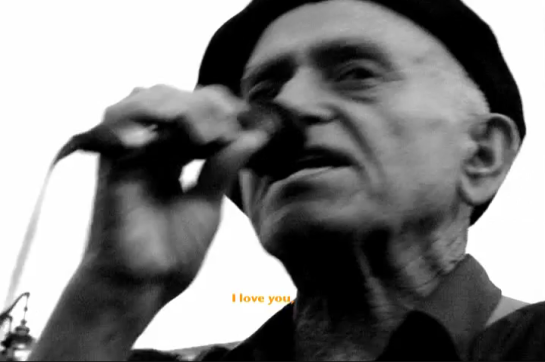 (infoaut.org) Today a new step after the October 19 Porta Pia camp was made by the Italian movement. A new siege was called beneath the capitol’s power seats – namely the State-Regions roundtable, that was meant to work out a national housing policy decree – at a time in which rampant speculation and evictions gravely undermine the basic housing rights of the citizens.

In the early morning the Housing Struggle Movements in Rome managed to block and postpone three evictions in different parts of the city, while similar initiatives of solidarity were carried out in the cities of Milan, Turin and others. In Cosenza a former monastery in the city’s downtown was occupied by needy families, and in Palermo homeless people, precarious workers and social centres activists camped outside the town hall, with the mayor nowhere to be seen. In Pisa, activists from the social movements occupied an abandoned cinema, staging a roundtable on the crisis and livestreaming the events in Rome.

The march started out in the central parliamentary square Piazza Montecitorio, heading towards the via stamperia building in which the State-Regions roundtable was taking place. Police wagons on its way were pelted with eggs, smoke bombs and various objects by the demonstrators which rallied behind the big banner already shown on October 19: “[We want] Only one great work “House and income for everyone!”. The migrants, evicted and homeless people at the head of the march then approached and confronted the heavily armed police forces in Via del Tritone, managing to push them back on their wagons. Relentlessy, demonstrators wearing V for Vendetta masks started to climb up the wagons, and the police reacted with truncheons and tear gases, some of the latter being thrown by an helicopter on the backside of the crowd, packed with families and children.

(earthfirstjournal.org) With an eye to getting their message out to young people, demonstrators calling for a departure from nuclear power on Sept. 29 changed course from their usual venue and took to the streets in Tokyo’s trendy Shibuya and Harajuku districts.

Protesters shouted slogans such as “We’ve got enough electric power” and “No nuke reactors on earthquake-prone islands” as they marched past Marui City Shibuya and other fashionable commercial establishments packed with trend-conscious youths.

(europeans against the political system@fb) Up to 200,000 garment factory workers sustained a third day of protests in Bangladesh on Monday, forcing hundreds of factories to close as the workers’ call for a better minimum wage was met with teargas and rubber bullets from police.

Protests were held in the capital of Dhaka and surrounding areas, home to hundreds offactories that produce clothing that ends up stores like Walmart and H&M.

The workers, 80% of whom are women, have demanded a $100 monthly wage for their contributions to the $20-billion industry, and called the factory owners’ offer of just a 20% raise “inhuman and humiliating.” Their current monthly wage is $38, prompting one protester to say, “We work to survive but we can’t even cover our basic needs.”

When the protests began this weekend, Nazma Akter, president of the United Garments Workers’ Federation, told the crowd, “Our backs are against the wall, so we don’t have any alternative unless we raise our voice strongly,” and added that “the economy moves with our toil.”